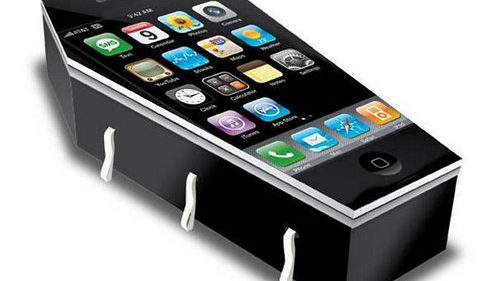 Is History Repeating Itself?

In this article, I will illustrate how Apple is repeating its history of placing itself on a dangerous path.

To start, let me take you back to my very first Personal Computer (PC). In 1979, my father brought home a Tandy TRS-80 Model 1 PC.

It sported a Zilog Z80 CPU that could burn up a snail’s path with an unparalleled speed of 1.78 Mhz. To translate, your computer is most likely running two thousand times that speed: between 1700 Mhz and 3300 Mhz.

It took your tape deck 45 minutes to load a simple pinball game!

Despite these shortcomings, the TRS-80 was an amazing computer. For the price of $600, it brought computers into the family home.

The Apple 2e came complete with a full ASCII keyboard, floppy disk drives, and 64k of RAM; you could load video games in less than 5 minutes and play more than just Pinball.

When my family purchased an Apple 2e, like a good ‘80’s 12 year old nerd, I took a “Basic Computer Language Programming” summer course at our local university. I started making my own text-based Dungeons and Dragon games! In other words, the Apple 2e was so easy to use even a 12-year-old could program it

Meanwhile, IBM had joined the PC world. IBM, however, did something different. Unlike the TRS-80 or the Apple 2e, they outsourced the operating system to a small company called Microsoft. Microsoft’s Disk Operating System (DOS) operated IBM’s PC computers.

But in 1983, Microsoft was blasphemy! I told my teen self: “There is no way I would ever cross over to the dark side and use IBM running Microsoft!”

But sure enough, by 1987 I had my first DOS-based computer (not an IBM, but a Compaq). I have never owned an Apple since.

In fact, everyone jumped to Microsoft based computers. By 1997, Apple was on the verge of bankruptcy and oblivion. If it were not for Bill Gates’ last minute $150 million investment into Apple and the return of Steve Jobs, Apple would not exist today.

With the release of the Blackberry Quark in 2003, the cell phone was transformed to a smartphone: push emails, web browsing and mobile apps. Best of all, it only cost $449.00. Just like the TRS-80, the Quark was affordable.

While there were PDAs available before the Quark, those were handheld computers rather than smartphones. The best way to describe this difference is to contrast the PC with its predecessor: big clunky workstations that cost tens of thousands of dollars. The evolution from this workstation to a PC is parallel to the evolution from the PDA to the smartphone.

In 2007, the iPhone – with a touch interface and wifi – was released! It was like going from a tape recorder to a disk drive.

It was so user friendly a baby could (and they did) use it. This was just like how the Apple 2e was so simple to use even a 12 year old could program it.

But quietly, while Blackberry and iPhone were fighting for market share, along came HTC with Android. Just like how IBM with Microsoft DOS showed up in the PC world in the early 80s.

Yes, I know you thought Android was Samsung.

This confusion about Android, HTC, and Samsung illustrates the first vulnerability with the iPhone.

To explain let me simply ask, when was the last time you saw a brand-new IBM PC for sale? (IBM stop selling PCs in 1987) . Yet, here we are with 79% of all PC Computers running Microsoft.

IBM is not Microsoft as Samsung is not Android.

Both Microsoft and Android are just operating systems. Within reason and with a little know how, anyone can legally go out and buy some hardware and install Microsoft or Android.

On the other hand, iOs is only on iPhone and Mac; you can’t legally run it on any other hardware.

When IBM debuted their PCs running Microsoft, they left the door open for Microsoft to license their software to any manufacturer. That meant when others, like Acer, Compaq and Dell wanted to sell PC computers, they just installed Microsoft onto their hardware and flooded the market with low-cost computers.

That’s exactly what is happening to iPhones: Android is flooding the market

This little difference has resulted in Android being so dominant that when you add up all the operating systems on all computing devices currently active in the world: tablets, desktops, laptops and smartphones, Android is tied with Windows as the most used operating system. Their lead is staggering.

Windows and Android hover around 37% market share, while iOS is struggling at 14%.

Android has become so dominant, that in 2018, Microsoft replaced Windows Mobile with Android as Microsoft’s official Mobile Platform.

In fact iPhone has been second to Android in Europe and Asia since 2012.

As of 2019’s 2nd Quarter, even in North America, the iPhone has fallen to second place.

Who cares about market dominance? iPhones will still exist.

Well, its all about the apps.

Would you buy a smart phone that had no apps?

Building and maintaining a business app isn’t cheap. Not only is there the initial cost of development, there are the ongoing costs of keeping up with all the operating system updates and pushing out new functionality to stay competitive

In the 90s, software developers took advantage of Apple’s market decline and started to develop only for Microsoft-based computers.

This lack of software led to less people purchasing Apple’s computers, which in turn led to even fewer developers creating software for Apple.

This initiated a vicious cycle that snowballed until in 1997 when Bill Gates’ $150 million investment saved Apple from dissolution.

This cycle has now started with iPhone.

As of June 2019 there are 2.6 million apps on Google Play (Android’s app store); on Apple’s App Store there are 1.8 million apps. Source: Statista

But don’t forget: you can download an app onto Android from anywhere on the internet, not just Google Play.

There are thousands of Android app stores and websites, beyond Google Play, which offer hundreds of thousands more Apps. This means that the “app gap” is even larger than evidenced by Google Play data

Now that I have brought up the Apple App store, I have exposed the next major issue with the iPhone.

Way back in 2003, Blackberry allowed people to download and install apps from anywhere.

Blackberry didn’t even launch an App Store until 2009. Blackberry World as they called it, was created to compete with Apple’s App Store, simply because most people didn’t realise you could install an app from anywhere on the internet.

Why does that matter?

Imagine I had a twin living in the USSR, and in 1983 that twin decided to go down to the one and only state-sponsored electronic store to buy an Apple 2e. You can just imagine the big old Comrade behind the counter laughing at the boy.

That is Apple’s App Store. iPhone users are only allowed to buy from one “state sponsored” retail outlet.

But let’s take that analogy one step further. Why did the USSR only allow people to buy from one state-sponsored store? The answer: control

And control is exactly why the Apple Store exists.

But Apple is not just controlling what is sold; it is exerting financial control. iPhone users being limited to only purchase apps from the App Store means Apple gets a commission of every app purchase.

Remember, it’s all about the apps.

Developers are business people. If they can keep more money for themselves, they are going to do it

Android offers App developers the choice, Google Play (to reach a wider audience) and pay a small commission, sell on a third-party app store and pay less commission, or sell on your own website and pay no commission.

While the App Store provides a great business model for Apple, allowing them to reap hundreds of millions of dollars from every app sold, it’s to the detriment of developers’ profits. Smart developers know this and will build for Android first, and iPhone second…or at all.

But Apple’s need for control doesn’t stop at the App Store, instead it leads to the last serious problem with iOS.

While even Windows is closed-source, Apple takes it a bit too far and really limits what developers can do.

To keep it simple: if you are building a business app that has to keep running or needs to do something unique, then you do it on Android.

If you still don’t believe me, remember: Microsoft Windows Mobile. It was a fast and elegant mobile operating system but it had exactly the same flaws as the iPhone. Consumers could only purchase apps on the Microsoft App Store and developers were restricted. Now Windows Mobile doesnt even exist.

Unlike Microsoft, the iPhone has gotten away with it because of the momentum created by Steve Job’s innovative marketing genius. Which, sadly, has come to pass

If Apple keeps its current business model, the vicious cycle of fewer apps leading to reduced market share and further reduction in apps will keep going.

If Apple doesn’t change, it will spin so far out of control that we could see Apple’s 1997 skirt with death repeat itself in a few years. Though this time, Bill Gates has left the building.

If you would like to know more on any of these subjects, please click on the articles below.